How did the scaffold tower help in safe construction? 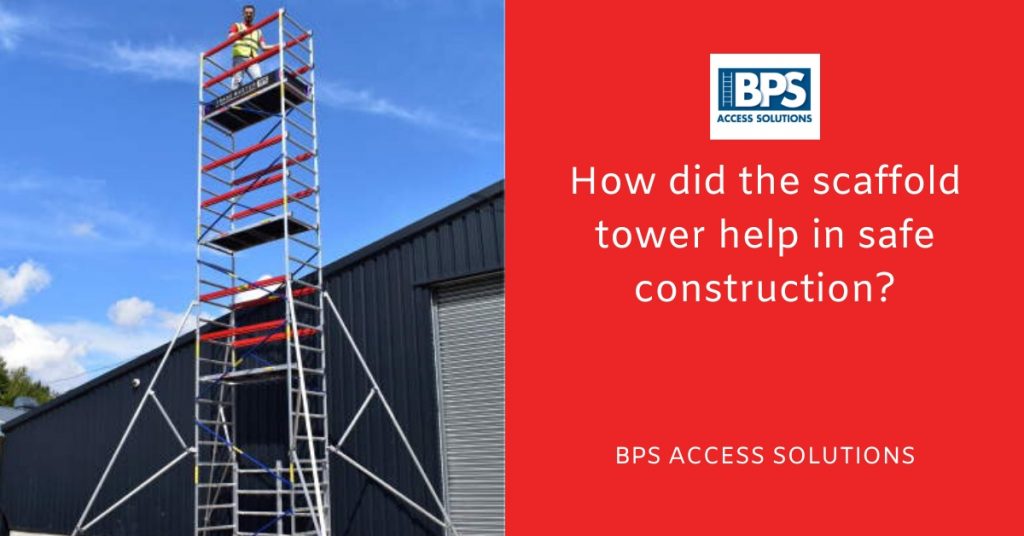 How did the scaffold tower help in safe construction?

As far as height access solutions introduced over the past half a century go, the scaffold tower is likely one of the most important. The unique way in which scaffold towers provide workers with a safe, stable working platform, fit for use in many different worksites, is something which can’t be understated.

The tower scaffold is a common sight on all sort of worksites in the modern day, both indoors and out. Depending on your line of work, you most likely will have seen some type of scaffold tower on a worksite. They’re becoming more and more ubiquitous for a reason – safety. But it hasn’t always been this way. Various types of ladder used to be used much more frequently in applications which we would raise an eyebrow to nowadays. Fifty years ago, affordable, high quality height access equipment, wasn’t as readily available as it is nowadays.

Below we’ll talk you through why the scaffold tower was such an important development for the construction industry and the workers who use the equipment daily.

When were scaffold towers invented?

The concept of scaffolding has been around since the dawn of human construction, but the basic principle has been developed and built upon in many different ways over the years. From wooden frames and structures used as supports for constructing stone and wooden buildings, modern scaffolding in the form we are now familiar with wasn’t invented until the early 20th century.

Modern scaffolding uses tubular metal pipes which are secured together using various specific fastenings and connections. This system is strong, adaptable and cost effective, meaning that it has largely stayed the same for many decades now. Tower scaffolding, although it uses the same basic principles and components as full-size scaffolding, is an even more recent development. Although the idea of a small, transportable, stand-alone scaffold tower is reasonably simple, it was not until manufacturing methods improved enough to allow such equipment to be made cheaply that scaffold towers became popular.

There doesn’t appear to be any specific first instance of a modern scaffold tower being invented or produced, and they are also made by many different manufacturers. Now that they have become readily available and people are aware of their numerous advantages over conventional ladders, tower scaffolds are becoming increasingly more popular.

What are the safety advantages of scaffold towers?

The traditional height access solution for manual labour and tasks on worksites is the ladder. There are many different types of ladder, each with their own specific attributes which make them ideal for use in certain situations. Conventional two-legged ladders are great for use in situations which require extended reach. They have a real disadvantage when it comes to stability however, as even the slightest movement from a user or other object can topple them.

Step ladders are similar to scaffold towers because they have four legs which can provide a solid base when workers are using the equipment. Where tower scaffolds outdo step ladders, however, is their far superior structural integrity. Because scaffold towers have a complex metal structure with cross beams and supports, they are much stronger than step ladders. When it comes to heavier duty tasks, step ladders simply can’t provide as much support or protection as scaffold towers.

Additionally, the working platform at the top of a tower scaffold is surrounded by guide rails on every side. This provides vital support for workers, in case they lose their balance or just need something to hold on to while working on the scaffold tower. Step ladders, by comparison, don’t have much in the way of support for workers. They usually don’t have hand rails for users to hold on to and there is also nothing stopping them falling backwards off the ladder.

Now that scaffold towers are becoming more and more popular, there are even DIY scaffold towers which users can set up at home to provide access to roofs or guttering. This particular type of scaffold tower offers a means of height access at a very affordable price, whilst also requiring minimal training to erect.

What safety precautions should you take with tower scaffolding?

While tower scaffolding is much safer than the various different types of ladder, there are still some important safety precautions which must be kept in mind when setting up and using scaffold towers.

Scaffold towers can be used both indoors and out, but the surroundings should always be checked first to ensure there are no risk factors in the immediate vicinity. This could include overhead electricity cables or moving machinery.

PreviousHow long can you use ladders in various situations?
NextMaximum height of scaffold towers